Be like Hercules and take the path of most resistance

So what is the definition of the saying:

Take the path of least resistance

The thing, option, or course of action that is easiest to do; that which avoids confrontation, difficulty, awkwardness, or tension.

In other words, staying in that comfortable place. Which is exactly what your mind tells you to do when things get hard.

The Choice of Hercules

This story comes from Socrates and is a retelling of “The Choice of Hercules”.

One day Hercules was confronted with a choice, about what direction to go in his life. Two goddesses approached him one very beautiful and outspoken called Kakia. She made sure she spoke first and promised him that her path was easy and full of pleasure, basically a shortcut to happiness.

Now the second goddess approached him called Arete, she was very humble. But told him exactly the opposite. Her path would consist of suffering and hard work. Which would in return give him true happiness, by reflecting on those honorable deeds. She said:

“Nothing that is really good and admirable”, is granted by the gods to men without some effort and application.”

Hercules was not seduced by Kakia and chose the path of Arete. In his life, he faced many challenges and conquered them with discipline and hard work.

He slew the Hydra and entered Hades to capture Cerberus. In the end, he died in pain and was betrayed. However, the god Zeus was so impressed by his powerful soul, that he made him a god. The ultimate reward for all of his hard work.

“What does Hercules have to do with this?”

Let me explain. The Stoics used “The Choice of Hercules” as the ultimate analogy to living their lives.

Like I mentioned in this article: Callus the mind by David Goggins. There is a very powerful concept Stoics live by it’s called Voluntary Discomfort.

I quote from the article:

“It reminds me a lot of the Stoic principle: Voluntary Discomfort

It’s about getting comfortable with uncomfortable situations and preparing yourself for the future. Here are some of the benefits it has:

Voluntary Discomfort, sounds a lot like taking The path of most resistance doesn’t it? 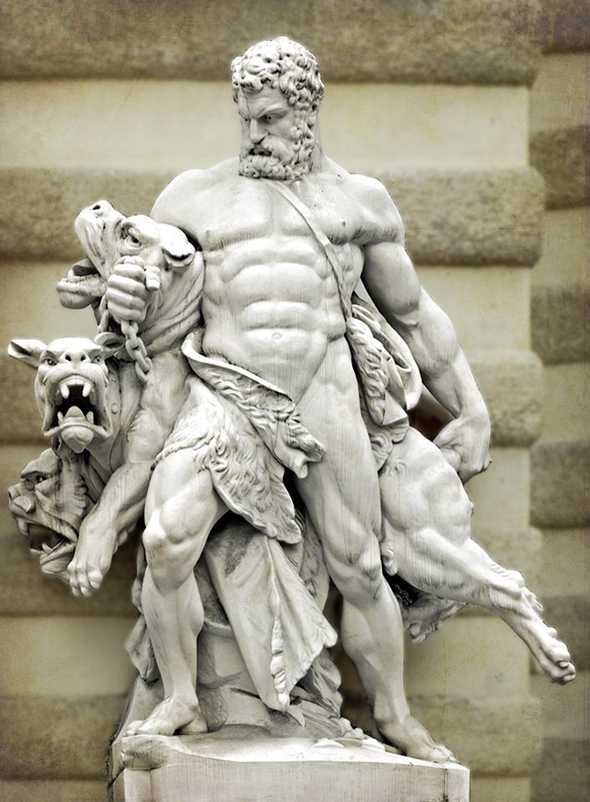 The definition of success and feeling fulfilled are different for everyone because nobody is the same. The path to get there however isn’t that different.

We get there in small steps and victories. Just think back and think of a time you felt really good. You felt fulfilled and proud. When thinking of those moments I remember them very vividly and I also realize what made me feel so fulfilled. It was the struggle, the fight, the resistance I had to push through to reach that result. I am sure you all can remember such a moment in your life. You took the path of most resistance!

But what happens after that? You get comfortable with the result, you lost the hunger. You are now walking the path of least resistance. There will be no feeling of fulfillment and proudness after that path.

It is like the beautiful goddess Kakia promising us pleasure and a shortcut to happiness, which in the end leads to nothing.

Though real happiness and fulfillment come after suffering. Meaning that there is no shortcut just like Arete was saying to Hercules.

In other words, the path of most resistance is the only path that leads to happiness and fulfillment. 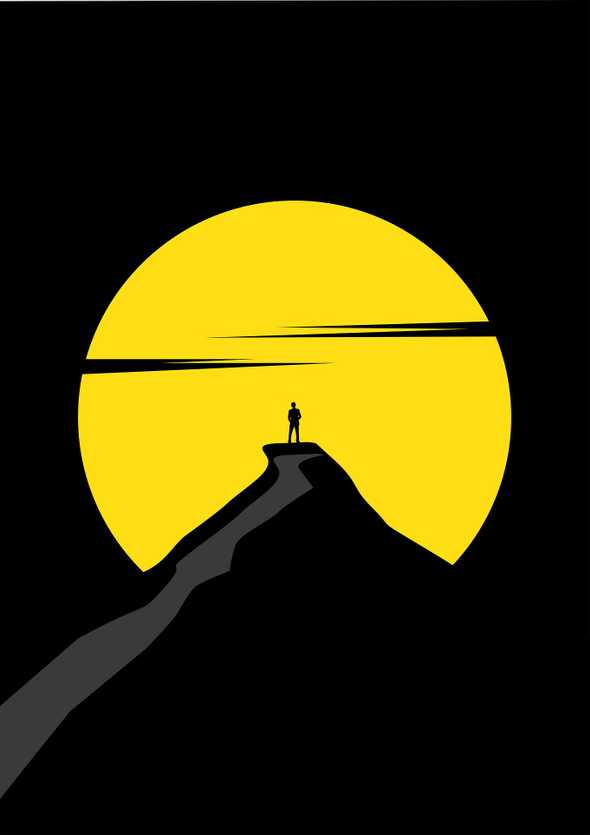 -Mountain path of most resistance

I previously only mentioned achievements and victories, that made you feel proud and fulfilled. What if I told you, you can apply this to everything you do and have micro victories all day which makes you feel good?

Let me mention my paths of most resistance I usually take on a typical day:

Snooze the alarm or get out of bed immediately?

This is the first choice I make every day. I used to be a snoozer. But now that I’m focussed on taking the path of most resistance I get out of bed immediately and it feels good to wake up with the first battle already won.

Make the bed or leave it?

It is very easy to leave the bed as it is instead of making it up. So you are wondering?

How does that help me? Well first of you took the path of most resistance, that is a win already. The other benefit of this is. No matter how shitty your day was, you have you’re made up bed ready for you.

Dry the shower or leave it wet after use

Clean up something my wife left on the kitchen counter

I know I didn’t leave it there. But if I have the chance why not clean it up?

Put my shoes back in the shoe drawer when coming home

I could also leave them on the doormat, but it’s a small effort to put them back where they belong

Saying hi to a stranger

The easy thing to do is to look away and pretend you don’t see that person. That is what I used to do, nowadays I say hi.

I don’t remember where I heard this. But it’s a small hack that can help you enforce this mindset upon yourself:

If there are things you normally leave for later but can be done within 2 minutes. Do them!

Some harder things you can try

Besides the simple examples above there are some harder things you can try:

What did it bring me?

There were several occasions in my life, where I chose the path of most resistance. These are things I’m proud of like for example:

Because I made these choices before, I’m not afraid of them anymore. It also made me more resilient and I notice when times get hard, I can handle them as they come.

Getting comfortable is nice now and then, but don’t get too comfortable. You will lose your hunger. Look at the analogy of Hercules it is like having an angel(Arete) and a devil(Kakia) on your shoulder.

Who’s advice are you going to listen to?

Get out there and choose the path of MOST resistance to stay on top of your game to find fulfillment and happiness!

Recorded podcast about this subject